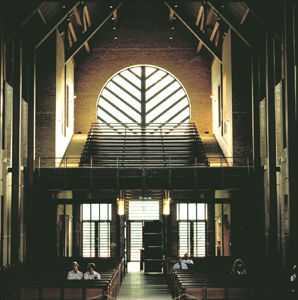 It may be time to remind ourselves that all Life is woven of shimmering threads of Magic, Mystery and Perfection. Those of us who are holding frequencies of wonder and gratitude are being buffeted by waves of serendipity, synchronicity… let’s settle on describing it as Grace.

There is such immense clearing and expansion going on inside us all as ancient wounds unwind, unfurl and transform. Our passions arise from our wounding – walking through our pain we discover our unique brilliance, our individual manifestations of divinity, on the other side.

The path through our suffering is not necessarily clearly marked. Many of us wander around inside it and end up kind of enjoying the scenery, the dramas…the familiarity of it all. We often really believe that this is who we are. This is My Identity, and if it was good enough for my mom and dad and all the rest of my bloodline, well it’s bloody well good enough for me!

But this has been an uncommonly glorious Autumn in Quebec. Few hearts have been able to resist surges of joy and gratitude when confronted with the magnificence of Nature this year, and when we vibrate with these physical frequencies, we get a taste of who we really are.

Recently, I had the honour of assisting two births and a baptism within a very short time span.  Driving back to Heartroot after it all, I found myself pulled toward the Abbey of St. Benoit-du-Lac. It had been decades since I was there last, and I had no idea why I was being called there this time. As I walked from the parking lot to the main building that houses the abbey church and monastery, a very elderly nun approached as if she had been expecting me, smiled a greeting and continued on her way. I felt that I’d been blessed.

My feet took me to the Abbey church. Romanian-born Dan Hanganu (very recently deceased) created an architecture of beauteous simplicity, ultra-modern, but with a feeling of the old Cistercian monasteries (http://www.hanganu.com/index.php/en/projects/38-projets/institutionnel/1995/143-egliseabbatialedesaintbenoitdulac-en). Visitors learn that the original monastic community had arrived, exiled from the Benedictine Abbey of St. Wandrille, Normandy, by way of Belgium in 1912. When the monks who had remained in Belgium were able to return to Normandy in 1924, the monastery at St. Benoit-du-Lac became a separate priory and later an abbey.  I realised that we’d passed by St. Wandrille while exploring Normandy last year.

The sign indicating the way to the Abbey Boutique reminded me that the monks make excellent cheese! Down a flight of stairs, one passes through an area with an alcove of religious items – rosaries, CDs of religious music and the like, before getting to the food section. My eye was caught by a tiny glass-doored closet in the corner past a display of icons. In it were six cassocks and a variety of sashes – a tiny label told me these were liturgical vestments. They had price tags pinned to them, the prices written in pencil, like you find at church bake sales. No one was looking – I slid open the door, my hands went straight to a white wool cassock with embroidery that to me looked like the phases of the moon, and my heart exploded. The wool was hand-woven, the garment was hand-sewn – a deep, soft energy flowed from it and filled me. I closed the door and dazedly went and bought some cheese. The cashier confirmed with a superior that the vestments were really for sale, and anyone could buy them.

During the week that followed, I spoke of this experience to a few people. Growing in me was the realisation that one of the things that brings me the most joy is being a celebrant, assisting in the creation of meaningful rituals. The people who have asked me to help them have usually come from strong spiritual traditions with which they no longer completely resonate, but they don’t want to throw out the baby with the bathwater, rejecting spirituality altogether. I experience my role as that of a midwife to their sovereign spiritual selves, helping birth their ability to connect with Source on their own terms.

I was offered the vestment as an early birthday gift. Although there was a chance that it could have been sold in the interim, I wasn’t surprised to find it waiting… There was something very special in the air when I made the purchase – the two cashiers and I were all crying – happily! – as the cassock was carefully folded, packaged and placed gently in my hands with their blessings. I was told that one of the resident monks had made it himself, and worn it….

As I stepped across the threshold and out into the world, the Abbey bells began to chime….

This entry was posted in Uncategorized. Bookmark the permalink.

1 Response to Magic, Mystery and Perfection…