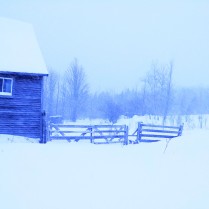 I’ve taped this visualisation at Heartroot, in the midst of a major blizzard and on the eve of a full lunar eclipse, as a way to connect our Hearts and intentions through space-time….Those who know me won’t be surprised to hear me crying as I’m singing at the very end – I felt this one very deeply!

(If this isn’t working, message me and I will try to send it to you another way!

Posted on January 2, 2019 by dawnbramadat

On the drive to the Farm from Montreal yesterday afternoon, I listened to a CBC interview from five years ago (we’re in holiday rerun season) with great interest and something like relief. Eleanor Wachtel was talking to Patti Smith in Toronto, where she had an exhibit of her photos, I think..? Or maybe it was because of the award she’d won for her last book? Either way, it was an engaging conversation between two very smart and accomplished women who I admire.

Near the end of the interview, Smith hesitated while replying that although she’d love to be able to say it was wonderful working with her two children, they actually made fun of her shortcomings as a guitarist – she sounded hurt and embarrassed. Then she fudged a bit and said but no, it was great working with them, etc, etc. A reworking of her first gut reaction. Oy, did I empathise….

I was raised by two brilliant minds and a mother who could do Everything, so I believed my parents were omniscient and infallible – they certainly had all the power –  and rebelliousness was my own personal failing. It took me ages to see them as whole and complex people rather than cardboard role models. I think this is likely true of many generations of us…

So, as is our wont, I tried to do something else when I became a parent, raising my own kids as equals, destined to surpass me in all ways. When they were little, I made it clear that I had to keep them safe and teach them what I knew about the world as it had presented itself to me, but that they needed to connect to and trust their own inner guidance and wisdom. They were “unschooled”, staying home and learning according to their interests and abilities, but most importantly, remaining curious.

I only realised later that what is learned at home is absorbed without our necessarily being conscious of being taught, so many of the skills that I worked to teach my children, they feel they just innately Know, and they know much better than I…  They are all amazing, knowledgeable, creative people who do know lots of things that I don’t. Surrounded by the four of them, though, I feel spotlighted for what I do not know and am unable to do, especially as I’m getting older and apparently on the brink of decrepitude… My feeling of worth has to come from heart-connections with others, from sensing the shifting Earth energies when I do ceremony – they have to come, in fact, from that inner Knowing that I’ve tried to nourish in my kids. Ironic, I guess…

Smith – I’m going to call her Patti out of kinship – left NYC and her musical career at its peak to live and raise her kids in the mid-west. She says it pisses her off when people accuse her of doing nothing during that time – she took care of her husband, raised her children, and continued writing anyway. A little defensively, she said that this was a period in which she grew a lot as a person and was perhaps at her most creative.

But “just a mom” has been scrawled on our foreheads in indelible ink, scratched deep with knives and forks and laundry detergent into our hearts and minds… it’s no wonder our kids believe it, too.

Patti, I feel you…

Collateral Damage: the Culture of Christianity

Posted on December 2, 2018 by dawnbramadat

Written in October, 2010, first titled: “Duality and Sexuality: The Law of the Jungle”

(This text may have been written based on my experiences in Costa Rica and Quebec, but it pertains equally well to any cultural and religious context that has its foundation in the suppression of the Feminine)

Over the past 2 weeks, I have had the honour of touching so many people here in Costa Rica, their lives and stories filling my heart and belly with the history of this land that I love so much.

I am told that someone has decided on the basis of statistics that Latin Americans are the most sexually well-adjusted people on the planet. Oh dear…Perhaps this mess is a harbinger of “the only way out is up”, and Costa Rica – along with all the other places on earth where the Catholic Church has cut its wide swath…

The Crumbling of the Pyramids, the Rising of Humanity

Posted on December 2, 2018 by dawnbramadat

This was first published in “The Heretic” magazine in November, 2012, and then again on this site at the end of 2013. Although the historical context was different, it is still pertinent – perhaps even more so than before.

On this side of the Pond, where feverish electoral competition reigns over the airwaves, billboards and kitchen tables throughout all three countries of North America, it is hard to ignore the renewed communal debate with respect to victims in general…

Women like me, “of a certain age”, look at each other in disbelief – we thought we’d already fought and won these battles ages ago! And yet…perhaps we shouldn’t be so surprised…

A growing refugee population forms waves of nomadic humanity fleeing the violence of nature or society – wherever they land, these people are generally faced with hardship and xenophobia.

University students have historically been a major force for change…

“COMMUNITY” and “ASCENSION”: meaning and manifestation

In the clearclear skies over Heartroot, Mars twinkles, big, red and saucy, reminding us who’s been in charge these days. We’re getting the chance to experience everything that still irritates, niggles and infuriates, close-up and personal. Stuff that has been hibernating in our cells, unconsciously manipulating our reactions since childhood, is awakening and streeeeetching into awareness. The most miraculous configurations of people and events are woven to recreate and stimulate difficult memories – one’s we’ve tried SO hard to deny or forget.

Mars is joined by six of his sibs gone retrograde: Jupiter, Saturn, Pluto, Neptune, Uranus and Mercury all seem to be moving backward in the Heavens, so despite the heat, trying to manifest anything new feels like molasses in January.

Deadly high temperatures actually slow everything down but the wildfires – we’re glued to air conditioners, fans or anywhere wet or shady.

It’s summer, though, and we northern dwellers are busily celebrating it – something in us feels the cold weather already lurking around the corner. I counted five red convertibles in the Metro parking lot in Megantic the other day!

A couple of reflections have come out of teachings and meditations lately.

The first was about residual belief-feelings that we have about Community. The village unit, especially here in Canada and elsewhere where Wilderness is so very present, was created out of fear. We needed to live together in a clump to support and protect each other from Winter, wild animals, The English, The French, The Indians… all the things we were frightened of. When we maintain a position of protection over time, nastiness ensues. An image I have in my home is called The Protecting Circle: it is of male bison, in a circle with their pointy ends facing menacingly outward. Inside the circle, we surmise, are the elderly, the females and the young. It has always been evident to me that if the “protective circle” is held too long, the crap will all fall on those that are being “protected”… In a village, it’s the gossip, the back-stabbing, the knowing and judging of everybody else’s business that are infamously damaging, and the reason many fled for the anonymity and seeming freedom of the Big City.

We have an aching, though, for Community – we’re social critters. What happens if we no longer gather in fear of a common Enemy, but rather to celebrate a commonality of resonance and purpose?

At Heartroot, people often arrive expecting something like a village, and puzzle “So where’s the Community?” My first reaction is to draw their attention to the trees and animals and stones – the Community of Life, of All Our Relations, surrounds us! The human part of our Community is a flow of individuals and families in and out of the Land as they feel the need. There are many people around the planet who feel connected to Heartroot through their work with me, though they’ve never been here, and those who consciously connect through meditation and prayer whenever called to do so. I feel this as an organic process and observe it with a curiosity and wonder that keeps on growing!

(I’ve called a Gathering of the Heartroot Community for the Autumn Equinox this year – come join us!  http://heartroot.com/event/heartroot-community-gathering-for-the-autumn-equinox-rassemblement-de-la-communaute-de-heartroot-pour-lequinoxe-dautomne/ )

The other question that has been coming up is about this Ascension that is on so many lips. What does it mean, really? The Ascension Day of Mother Mary is celebrated on August 15, but my understanding is that the process she went through and the one facing us these days are not at all the same. 2000-odd years ago, Earth and the human bodies created of her were resonating at a much lower frequency. Since Schumann started measuring the frequency of the ionosphere in the 50’s, it held fast at 7.83 Hz…until January 31, 2017, when it jumped to over 36 Hz! (https://www.drjoedispenza.com/blog/consciousness/what-does-the-spike-in-the-schumann-resonance-mean/)

The image that comes to my mind it that of water sprinkled on a hot skillet – it goes pffffft and disappears. We now know that the water molecules absorb extra energy in the form of heat, and change state from liquid to gas. We are mostly made of water. I believe that as our vibrational frequency rises, we eventually become invisible to the limited spectrum of ‘ordinary’ sight. Our bodies now can hold much higher frequencies, and at the same time more and more of us are becoming capable of seeing into subtler realms of existence. We aren’t going Up to Heaven, we’re instead bringing Heaven to Earth, incarnate in the physical realms.

Ascension doesn’t look or feel much different than what we know of 3D reality, except that Consciousness pervades every moment. As our belief in limitations dissolves, synchronicities, magic and miracles become the warp and weft of our realities and we relearn the arts of manifestation – of incarnation. ( http://heartroot.com/school-for-reclaiming-the-arts-of-incarnation-lecole-pour-reclamer-les-arts-de-lincarnation/)

Many of us are there already, existing multidimensionally as we feed the cat, pay the bills and do the laundry!